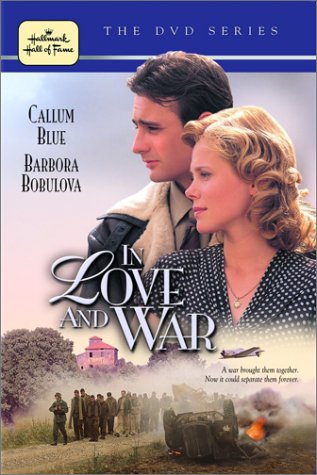 In Love And War

Hallmark Hall of Fame has created a made for television movie based on ‘Love and War in the Apennines’. It tells the true story about a relationship that develops during WWII between a British soldier caught behind enemy lines and a courageous Italian woman who risks her own life to save his. Eric Newby is a POW on the run in Italy in 1943. Mussolini’s brownshirts have been relatively lax, but far more menacing German troops are moving in from the North. Wanda, a young Italian woman, offers to secretly teach Newby Italian so that he can attempt to hide his identity from Nazi occupiers. Newby is grateful for her help, and falls in love with her. With the Germans giving chase, Wanda, her father, and several local farmers and villagers selflessly and bravely help Newby flee to the mountains. Eventually, though, Newby surrenders and is taken to prison once more. His greatest fear is that he will never see Wanda again. Filmed in the beautiful Italian countryside, ‘In Love and War’ stars British actor Callum Blue and Czech actress Barbora Bobulova, who both turn in powerful performances as Eric and Wanda Newby. The Newby’s, now in their 80’s, journeyed from their home in England to witness the filming of this exciting chapter in their dramatic life story.